Why You Should Consider Employing EPO’s and Bodyguards

Home >> Why You Should Consider Employing EPO’s and Bodyguards 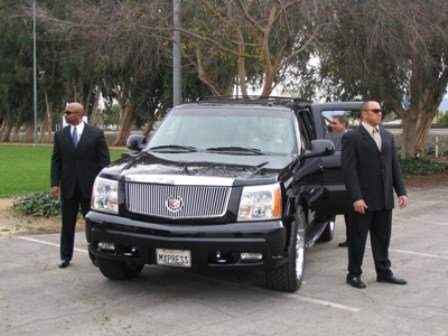 Why You Should Consider Employing EPO’s and Bodyguards

Basically, the Executive Protection Officer plans and analyze things ahead of time to protect the client. They do much needed analysis ahead of time. For instance, where a client is to embark on a trip, they consider the logistics critically to identify the likely dangers involved. Not only do they attempt to identify dangers on such a trip, but they also design ways to avoid the potential threats identified. However, should any issue arise, they know how to handle it the professional way. They stay updated on new threats on their way. In one word, they are always vigilant.

Executive Protection Officers and Bodyguards employ certain strategies in carrying out their duties successfully. Let’s look at some of these strategies:

They Evaluate The Risks And Threats

Before the client embarks on any trip, the EPO would do a thorough analysis of the different routes they’ll follow. Aside from the route, the locations to be visited as well as functions to be attended will all be scrutinized. When this is done, the risks obtained from their analysis would all be pointed out. Then, the security strategy to mitigate such risks would be put in place. Some common potential threats that may be looked into are acts of kidnapping, bomb blasts, embarrassing situations, and other smaller crimes.

Executive Protection Officer try as much as they can to know the potential threats that the client is exposed to. Aside from this, they make an effort to know the different exit routes available at different locations to be visited. Knowing the locations well enough with the different routes will help them to be better prepared in cases of emergency. The security team could even go to the locations to survey them before the actual day. This will enable them to plan for the entry and exit points, as well as alternative or emergency exits as a part of a contingency plan.

The task of protecting a VIP or one whose life is threatened is a sensitive one and requires planning ahead for any situation. Transportation must include spare tires, spare bulbs, extra communications and solid vehicles built for any situation. They also make sure there is an experienced driver along with security personnel.

The laws guiding the use of ammunition in different places differ from each other. There are laws in certain places that do not permit Bodyguards to be armed in any way. Even weapons which are not capable of causing death are not allowed in some states and countries. EPO’s and Bodyguards Miami need to be skilled enough to discharge their duties efficiently without the use of arms. They must have gone through training that will equip them for such situations. Disobeying the laws of governing such regions is not an option at all, as it can cause embarrassments and inconveniences for the client. Aside from these, the EPO’s/Bodyguards’ licenses can be expired, lost or some may even work without a license and they can be prosecuted.

Understanding cultural differences can be crucial for a successful trip. The EPO’s are trained to watch out for differences in culture, religion and other areas. It is important that the client’s personal security officers stay informed about the current state of things as regards ethnic differences in the location. It could also be religious differences.

The client’s safety could be threatened at any point during the trip. It could be while he or she is on motion or at the event he or she is attending. The personal security team may not know exactly where the trouble will come from. Hence the need for a contingency plan that covers situations where the client may need to be extracted. The primary responsibility of the Executive Protection Officers is to protect the client and not to apprehend the attackers. This is due to the fact that apprehending the attackers can an increase in the threat level. However, if engaging the attackers is the only way to protect the life of the client, then it is to be carried out.

Here are some of the qualities to look out for:

The duty of the EPO’s/Bodyguards Miami largely involves vigilance. It is risky to be wasting time in communicating or listening in cases of emergency. In such a situation, a second could be the difference between life and death. This is why executive security persons must possess good communication skills and listening skills.

Executive Protection Officers should have gone through some forms of military type drills. The reason for this is obvious as their job requires such training to function effectively.

Due to the nature of their job, Executive Protection Officers must be good and quick when it gets to make decisions. In the course of the event, there could be a sudden attack, in which the client’s safety will depend largely upon the guard’s sense of judgment. At such a moment, the Bodyguard ability to make quick decisions, and good ones are tested. It could be disastrous if the Bodyguard begins to display confusion at the face of a terrible crisis. Therefore, it is crucial for Executive Protection Officers(EPO) to possess this quality.

It is not enough for Bodyguard’s/EPO’s to look hefty. They should be in a perfect state of health. This connotes that he or she should rarely fall sick and should be physically fit.

Usage And Handling Of Firearms

In the course of protecting the life of the client, which is the EPO’s primary duty, situations may arise that will warrant the use of firearms. As in some cases, the EPO’s/Bodyguards may need to incapacitate the attackers, to deter them from continuing with the assault. An ideal Executive Protection Officer must be able to use different firearms appropriately.

So, now you can decide if employing the services of an Bodyguard and/or an Executive Protection Officer for your protection.

Call Today for a Free Consultation