Why Do People Continue to Cheat?

Home >> Why Do People Continue to Cheat? 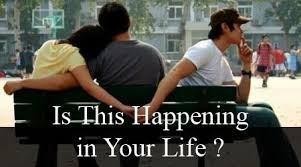 Why Do People Continue to Cheat?

Finding out that your partner or spouse has been cheating can cause a lot of emotional issues. You may become shocked, withdrawn, extremely unhappy, and angry. The unfairness around the act is a justification for some people actively looking out or conducting some forms of investigation to discern the truth.

Sometimes, some people may forgive their spouses and offer them the opportunity to correct their mistakes. However, some people may continue to cheat on their partners even though they have promised not to do so anymore.

One of the most practical sources on why people continue to cheat is private investigators, as they engage in studying and analysis of the

cheater’s behavior leading up to the exposure of the cheater. 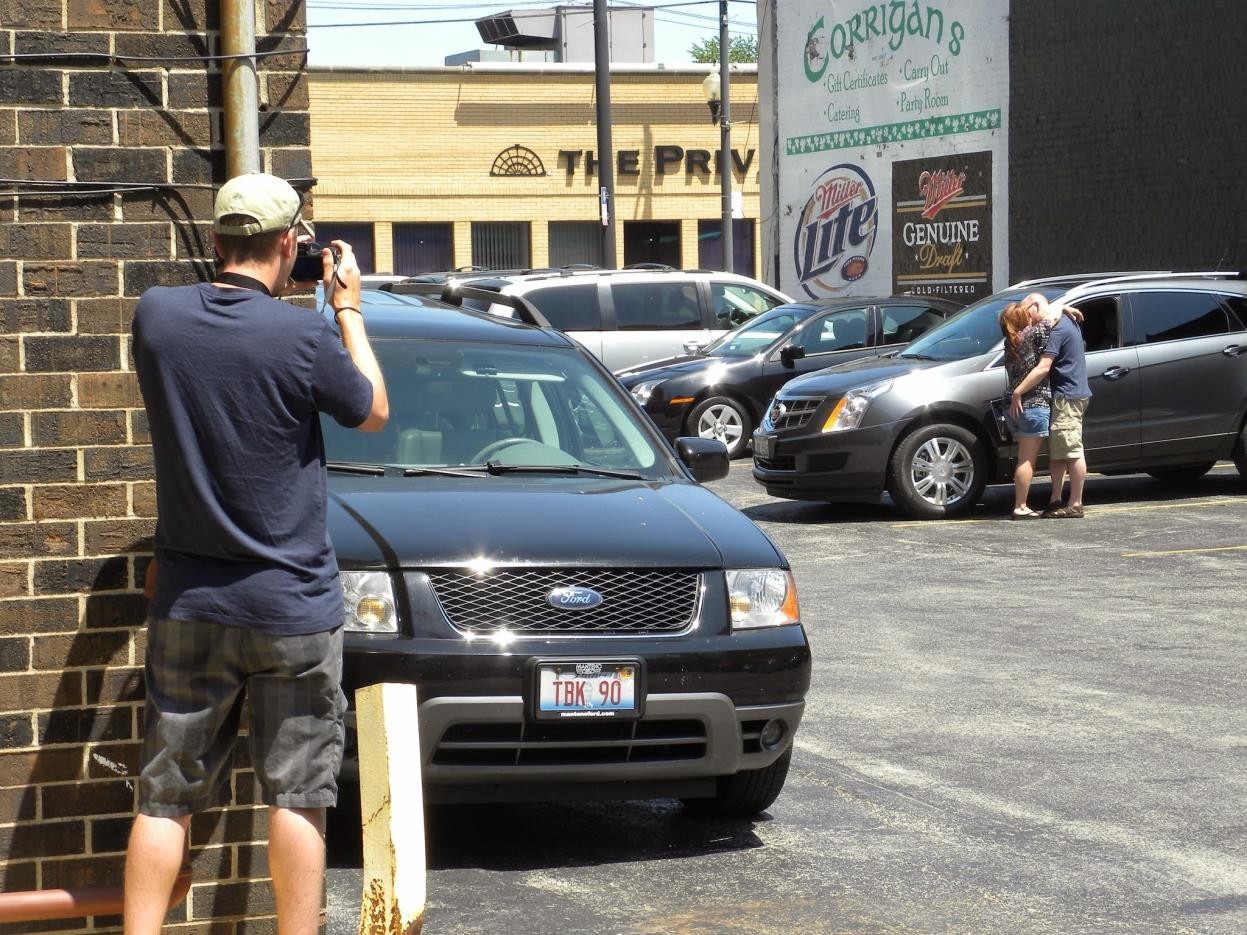 There are certain factors responsible for why people continue to cheat. Below are some of these factors:

1. NOT LOVING YOUR PARTNER ANYMORE

Most people fail to realize that the excitement of falling in love doesn’t last forever. As time goes on, things will change. Behaviors change, attitude changes and suspicions arise. The passion, emotional rush, and excitement will likely dwindle as you continue the relationship.

Real lovers become bonded by other factors that do not necessarily involve emotions. Based on the experiences of investigators, it has been noticed that falling out of love may not mean total withdrawal for your spouse, it could simply mean you now crave romantic relationships elsewhere, which would eventually lead to infidelity.

Private investigators often handle such cases, including ones where the cheater has made the loss of love evident. Investigators can help discover why the love isn’t there anymore.

Individuals who find it difficult to be committed in a relationship are most likely going to cheat or continue cheating on their partners. The truth is, almost everyone has different opinions about what commitment is.

Both partners in a relationship may have conflicting views about what commitment is, and investigations and findings have shown that lack of common ground on this issue will result in infidelity. While one partner may consider the relationship as casual and not very deep, the other partner may believe they are living in the best romantic moments of their lives.

In addition, some people are afraid to be committed to a partner simply because they cannot control their romantic behavior. In such instances, findings show that such partners may end up cheating on their spouses. For some people, commitment is a difficult thing to offer in a relationship. Private investigators see through a professional lens which helps them identify these issues even in random situations. Such skillsets are used to discover and expose cheaters. 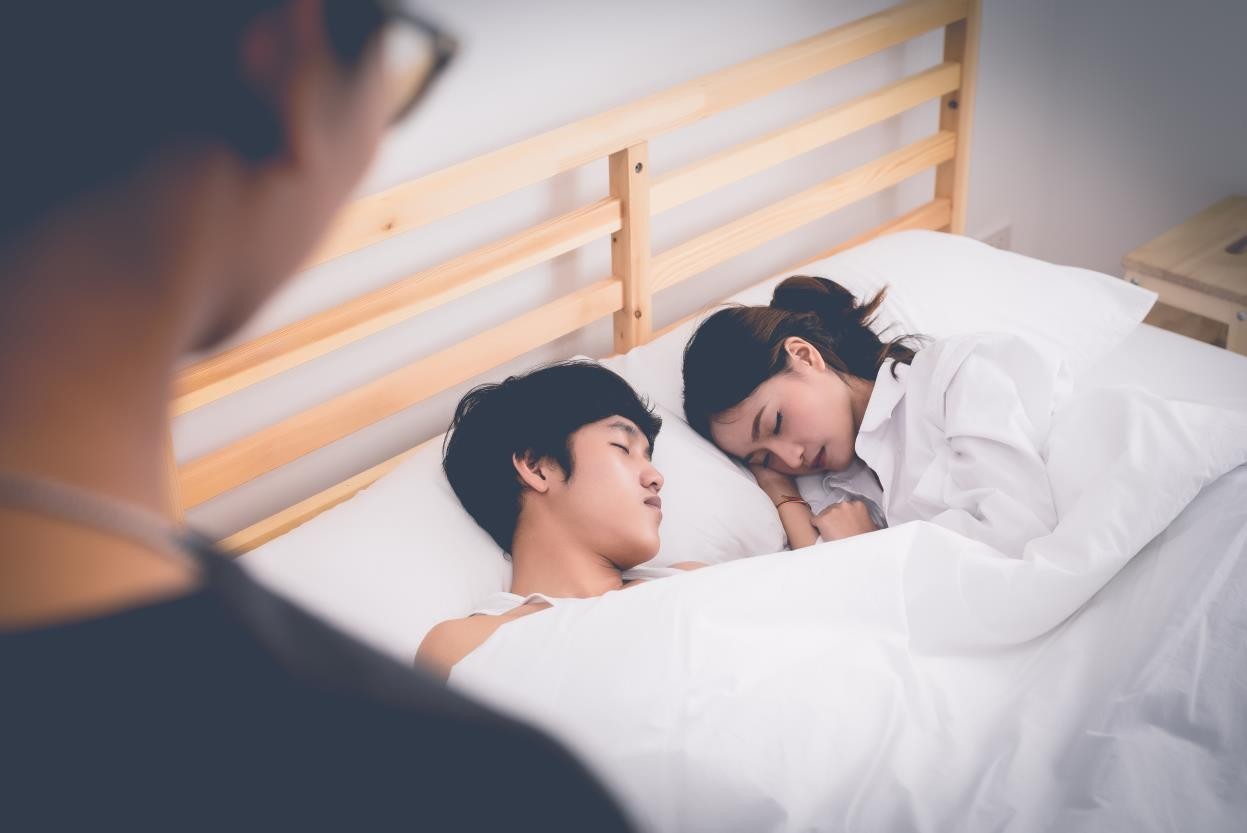 The inability to satisfy the unmet needs of one or both partners is another reason why people continue to cheat in their relationships. In such cases, many individuals would decide to remain committed to the relationship, hoping that things would get better.

However, investigations show that such partners will be prone to getting those needs met outside the relationship. This includes not meeting the sexual urges which can cause one or both partners to become frustrated, disappointed, and impatient. This reason has been expressly stated multiple times by cheaters caught in the act by private investigators or when they confess. A few reasons why unmet needs can occur are because:

Unmet can easily trigger the urge to cheat on your partner. This can even cause emotional infidelity, where you become increasingly 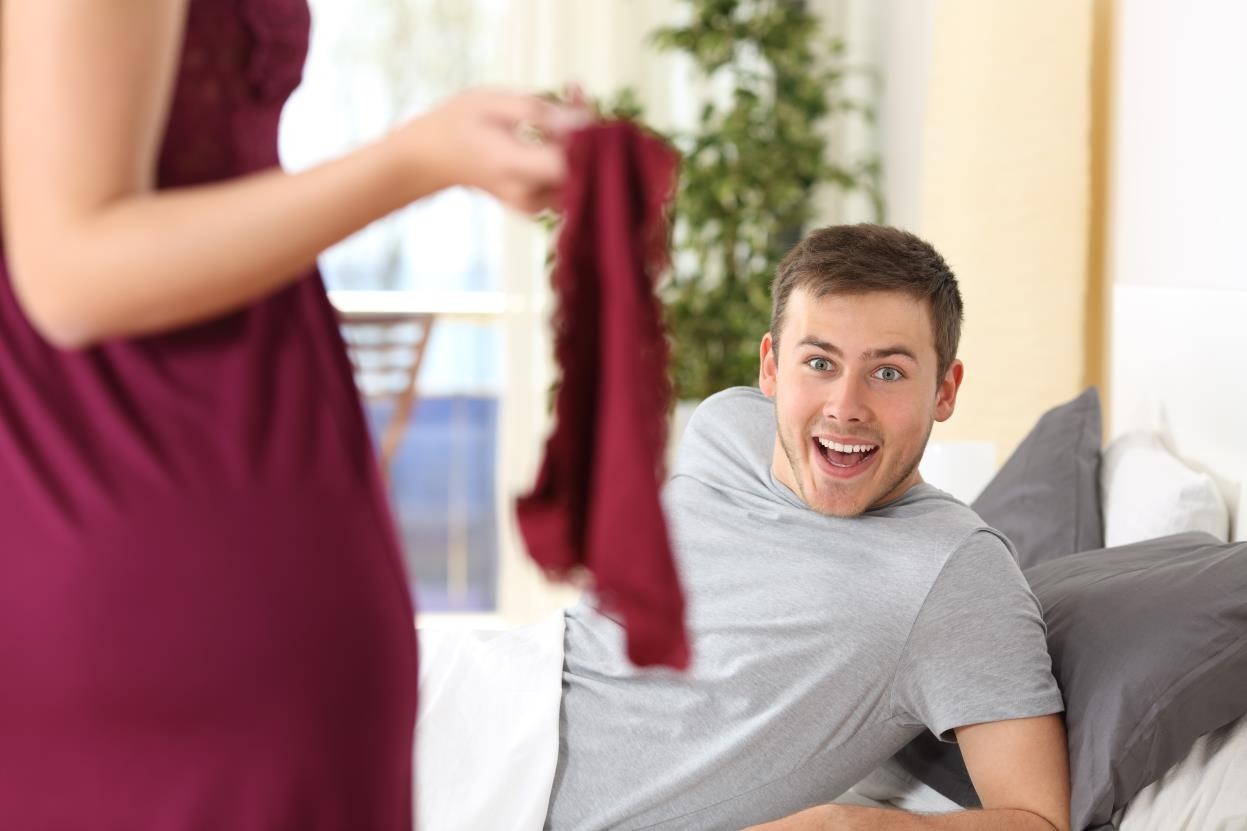 Lack of control of one’s sexual urges will lead to infidelity. This is the case where investigations lead to a conclusion that the cheater just craves sexual satisfaction as available. Such cheaters usually have recurring cases, with such toxicity to their partners, and therapy doesn’t help much. 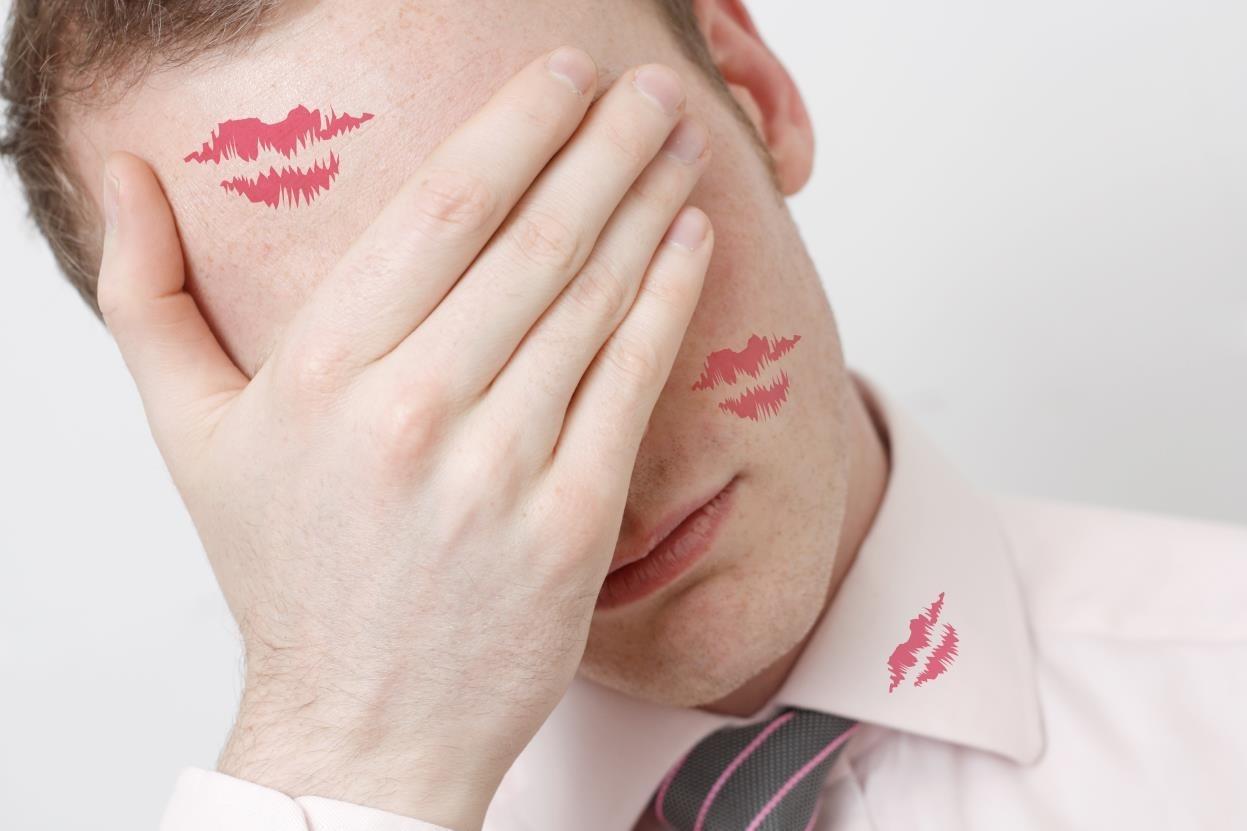 5. WANTING TO TRY OUT DIFFERENT THINGS

Sometimes, some partners — especially during sex — may want to try out different things in the bedroom. This becomes a problem when their partner isn’t interested in such acts or doesn’t want to get involved. This has led people into a secret life of exploring their sexual desires outside their relationships. Men have been caught at the residence of sex workers who offer them the pleasure they seek outside their relationships. Private investigators can help trace cheating partners to these locations where they go to have their sexual fantasies fulfilled.

In addition, partners may be different from each other in the following ways:

Another factor is attraction. Your partner may be attracted to the kinds of people you don’t find interesting. Sometimes, they may even start getting emotionally attached to such people. This could eventually lead to infidelity especially when they start going out to see them.

WHO CHEATS MORE: MEN OR WOMEN?

From experiences and investigations, it will seem like balanced statistics on who cheats more. However, there have been varying statistics as to who cheats more between men and women in a relationship. The truth is, we may never know for sure, and this is because: 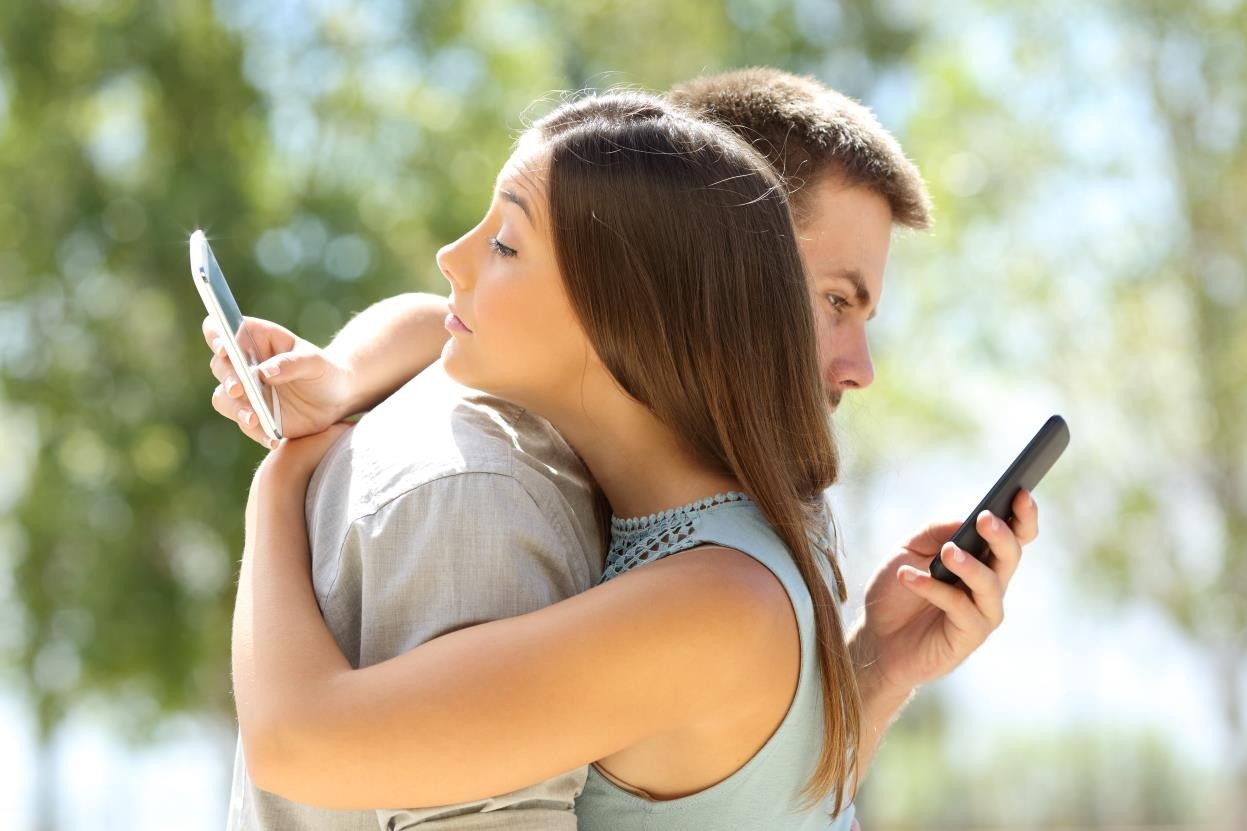 Nevertheless, there are reliable studies on infidelity that have been published over the past few years. According to the United States General Social Survey, about 20% of men cheat while only 13% of women cheat.

From the results of this survey, it was observed that men are more likely going cheat when the opportunity arises. More men get caught cheating than women because they do so whenever they are in that situation.

Women mostly don’t cheat because they find the chance to do so. Rather, they carry out a well-thought-out plan and implement certain strategies when they want to cheat on their partner. This leads to a conclusion, based on investigations and interaction with cheaters, that women will often cheat with intent.

Infidelity has been in a human way for time. In the freer world of today, infidelity is fished out through different means, most commonly through employing private investigators. It is very possible that individuals can become more committed, more emotionally attached, and more understanding with their spouses. What is not possible is the end of infidelity. As investigations will often show, people often cheat based on a conviction or premeditated notion. Agreements can be

made, consisting of terms which parties agree to and makes them bound to perform some certain duties which they will be held liable for upon non-performance. Where such agreements restrict individuals from engaging in such acts that will avail them opportunities to cheat, like texting, emailing, and meeting up with people without spouses’ knowledge.

Chris Cavallo has been involved in every facet of the Security and Investigations Industry for 40 + years. He started his career with the two largest Security and Investigation Companies in the world at the time, Wells Fargo/Pinkertons Guards and Investigations After spending 2 years as a Management Trainee with 11 months in the field as an undercover operative he quickly rose through the ranks and became one of the most highly recognized security consultants for his first 10 years. He is considered an expert in various Investigative practices such as complex surveillance operations and background investigations. He ended his career with a Fortune 50 Company as the VP of the SE Region. He then

co-founded a company, RSI Investigations (Records Search Inc.), which was one of the pioneers and leaders in the Pre-Employment Screening industry in the late 80’s. After this experience Chris founded Cavallo Associates working with Security, Defense and Investigation Companies and helping them training and developing their personnel while opening new markets in such places as Rome, Italy, several Central America countries and Bogota, Colombia. Today Chris is a Florida Licensed Private Investigator and security consultant and continues to dedicate himself in both the security and investigations industry. Many cases in the last several years have been around domestic investigations providing surveillance and in-depth research specializing in child custody cases where he has also written 2 E Books on the subjects. He has mentored, developed, and sponsored several PI Interns over the years while overseeing the CSI Investigations as well. CSI Secure Solutions is headquartered in Davie, Fl with investigative coverage in almost every state in the USA. Chris and his wife Caryn Rae Robin a local singer and popular voice coach live in Davie, Florida with twin daughter’s Stefanie & Cristina and are very proud

© COPYRIGHT CHRISTOPHER M. CAVALLO 2021. ALL RIGHTS RESERVED. PROTECTED BY THE COPYRIGHT LAWS OF THE UNITED STATES & CANADA AND BY INTERNATIONAL TREATIES. IT IS ILLEGAL AND STRICTLY PROHIBITED TO DISTRIBUTE, PUBLISH, OFFER FOR SALE, LICENSE OR SUBLICENSE, GIVE OR DISCLOSE TO ANY OTHER PARTY. THIS PRODUCT IN HARD COPY OR DIGITAL FORM.ALL OFFENDERS WILL BE SUED IN A COURT OF LAW.