Child Custody When Justice Is Blind By: Christopher M. Cavallo 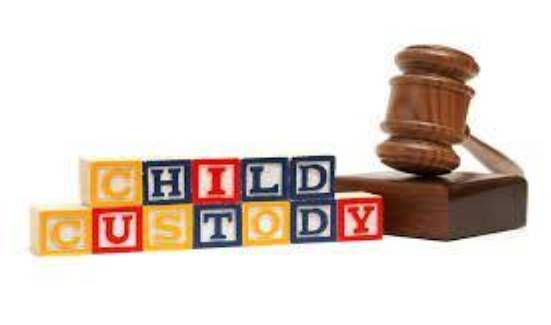 Child Custody When Justice Is Blind By: Christopher M. Cavallo

This is a typical story of what happens in many child custody hearings. Most of the time, there are factors which influence the court rulings, causing it to make a decision in favor of the parent who is the least qualified to  have custody of the child. It shows the frustration such rulings cause, and the emotional trauma the children are subjected to in such situations as the following.

Lisa Donahue sat behind her lawyer, Charles Thornhill, in the courtroom, waiting for the verdict in a custody hearing for her late sister’s daughter. Her lawyer had assured her that she had a strong case, and that there was an excellent chance of her getting custody of her niece, especially with the record of her father. She looked across the courtroom at her brother-in-law, Leonard McPherson, as he sat behind his expensive lawyer. It was easy to see why her sister had fallen for him. He was a handsome man with a smile that made ladies swoon. But that was all the good there was in him. Lenny, as he was known by close friends, had a drug problem which was one of the reasons Lisa’s sister had left him, taking her nine-year-old daughter, Katrina with her. Unfortunately, her sister, Marge had died six months previously in a car crash. This led to Lenny wanting custody of Katrina. Lisa had  promised herself that she would never let Katrina go back to Lenny. And she was ready to do everything possible to achieve that. The court room was silent as the judge examined the paper before him and looked up at the two lawyers who stood before him. 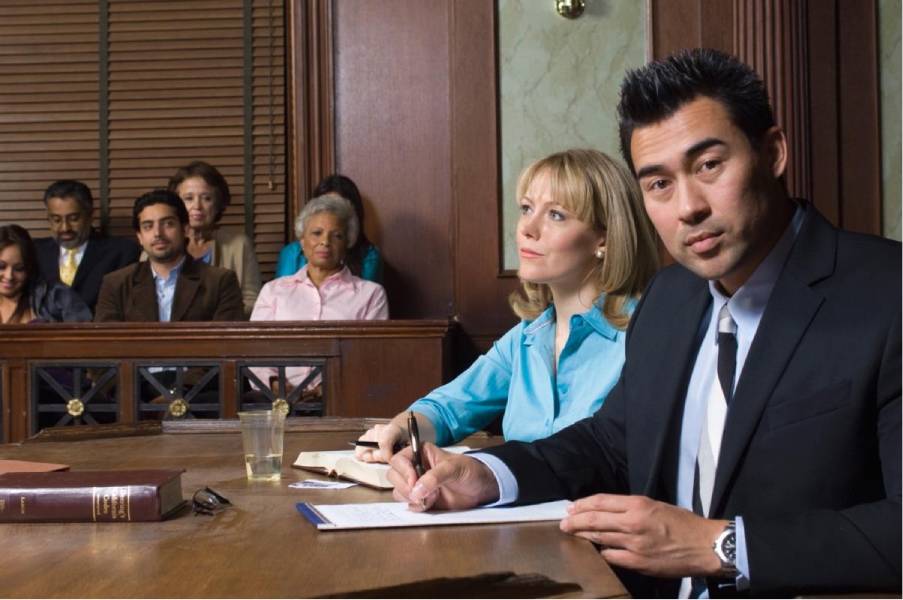 “I understand the argument you have submitted, Ms. Donahue, but I still feel the child should go to a parent. I don’t have sufficient evidence here to decide that the father is not fit to have custody of the child. I have character witness testimonies from members of his family and friends, stating that the father of the child is turning a new leaf, and I believe he should be given a chance to prove himself.” “Your honor, if I may, there are concerns that the child’s
father, Mr. McPherson, has not been totally honest about his rehabilitation and still has ties to people who are not
supposed to be in the same environment with a little child. He has made no effort to visit or see his daughter in
the last 19 months, and I plead with the court to reconsider the decision and allow the child to remain with her aunt with whom she has been living for the last six months. My client is prepared to allow supervised visits twice a month with the father. But awarding total custody to the father will not be the best for this child.” 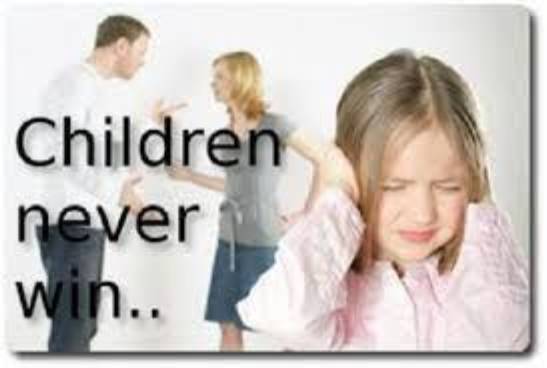 “Ms. Donahue, I have taken note of your statement, but I still stand by my ruling. I feel the father should be given a chance to show how capable and prepared he is to provide for the child and be a fitting parent. However, I will adjust the ruling, and allow your client, Ms. Donahue unrestricted visitation rights with the father’s permission. I believe that’s fair enough in these circumstances. If at any time you can satisfactorily show that Mr. McPherson has violated the terms of this ruling or has exposed the child to situations or people who are detrimental to her wellbeing and development, then we can reconsider this ruling and grant your request. Until then, this court will not entertain any further motions or pleas about this case.” With that, the judge concluded the case. And retired to his chambers. 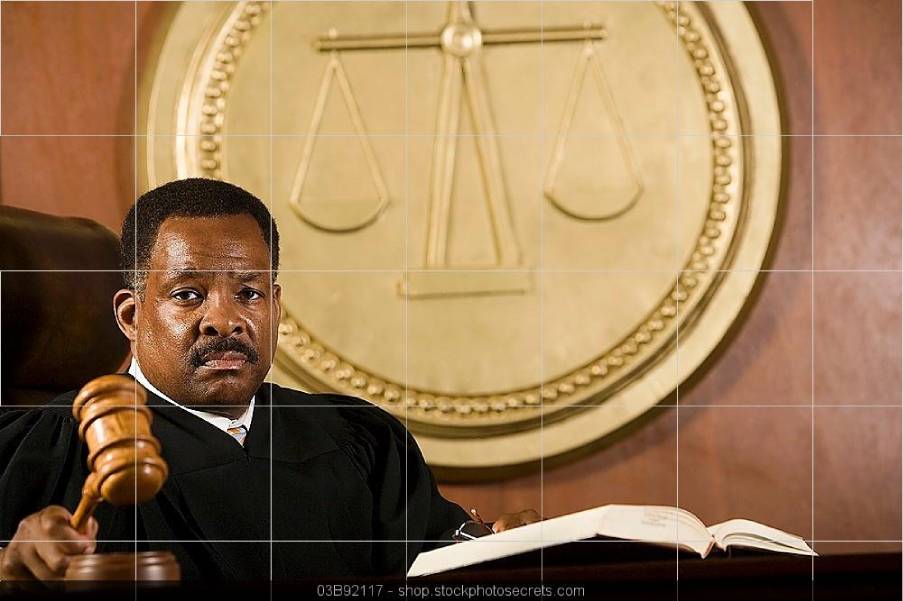 Lenny got up, shook hands with his lawyer, and came over to where Lisa stood with her lawyer. “I guess this means I get the kid back. I told you I was going to win this case, one way or another. You could have spared yourself this embarrassment. I expect to have the kid by evening, else I’ll be pressing charges against you. Have a wonderful day.” Lisa fought tears of frustration as she watched him walk away. She turned to attorney who was putting away her files. “You know this ruling doesn’t make sense. Isn’t there something we can do?” Thornhill paused from her packing and turned to her. “The odds were already stacked against you right from the onset. Your brother-in-law obviously has some deep pockets, and tight connections. The only way we can turn this ruling is to get proof of negligence on his part, and my suggestion would be to hire a private investigator that specializes in child custody investigations and can assist in getting the proof we need so the Judge would hopefully reconsider and change his initial ruling. 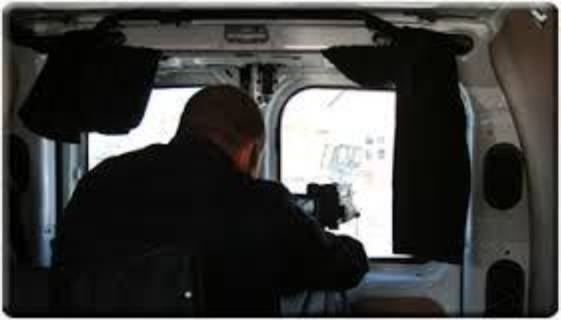 We just must hope for the best. You have my number. Don’t hesitate to contact me as soon as you have something. I’ll see what I can do, but until then, we’ll have to go with the court’s ruling. I’m sorry.” 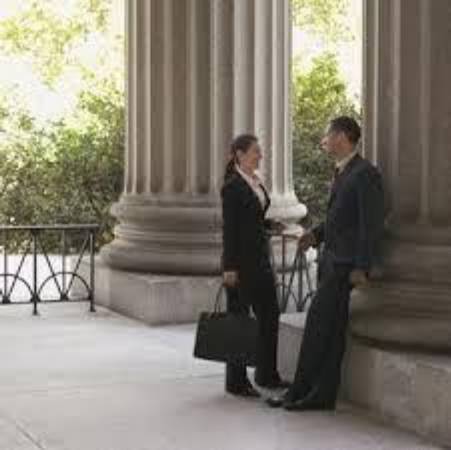 She finished her packing, touched Lisa on the shoulder,and left the courtroom. Lisa followed shortly after,heading straight for the parking lot. On her way home,she stopped at a toy store and picked up a toy. She figured this would help pacify Katrina when she broke the news to her. When she pulled into the driveway of their modest bungalow. She sat in the car for some minutes, trying to get a grip on herself, and fight back the wave of emotions that threatened to overflow. She needed to be strong for Katrina. The screen door opened and her husband, Ken, a retired military veteran, came out to the porch, looking searchingly at her. He didn’t come to the court because he was a semi-invalid from injuries sustained in the Iraqi war. He is on full disability as he could not work anymore and was now home bound. He helped with some chores and was taking some photography classes online. Lisa, also an Iraqi veteran, who was also a special education teacher bore the weight of providing for the home, and she did it without complaining. She got out of the car and went up the porch steps. “We lost the custody hearing. I’ll have to take Katrina to Lenny by this evening.” He leaned back against the wall, as he digested the news. He and Lisa loved Katrina as if she was their own child.The news was a shock, especially after Marge’s passing. “Where’s Katrina? I have to break it to her.” “She’s in the backyard playing. This is going to hurt her a lot.” “We’ll have to find a way to break it to her gently. We’ll have to be strong for her. I believe we’ll get her back one day. Maybe even sooner than we expect if we hire a child custody investigator who can prove what we already know about Lenny and his lifestyle.” He took her hand and together they went into the house. In the last 6 months I have had 4 similar child custody cases where the ruling may have legal merit, but the decision makes no common sense and what is really in the best interest of the child. Biological parents are often given consideration over a grandparent or aunt/uncle even if they have raised them for most of their lives. Often the child becomes the hostage between two fighting parents and is left in a state of confusion and depending on their age, grows up feeling caught in the middle and somehow believes that they are in some way responsible for these circumstances 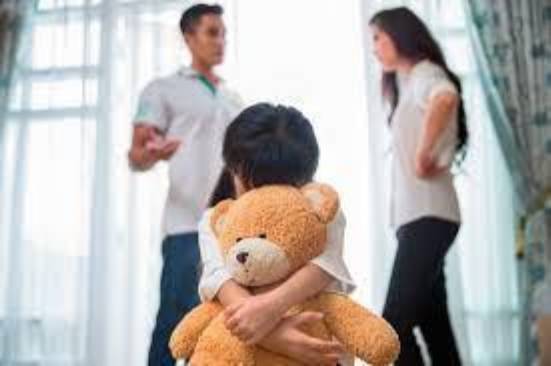 These deep routed feelings often develop later in life as adults dealing with depression, nxiety, mistrust of men/women, and many times drug use. Children do not know what to do with all these emotions and feelings and often start acting out for either attention or just because they are confused about what is happening. So even as the title of this article states, in child custody investigations, the most sensitive cases that we handle, justice in fact can be blind and the wrong decisions are made that affect all family members but more so for the children for the rest of their precious lives.