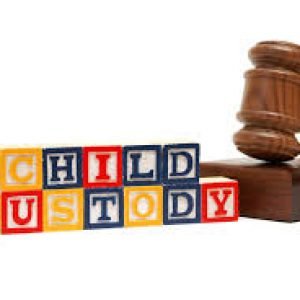 Child Custody and Support cases are fast becoming a daily request for our company with each story being more difficult and painful for the clients that I speak with. There is always a struggle between two parties with one accusing the other of some type of negligence surrounded by child endangerment issues, or not following the order of the court such as not picking up or delivering the child(ren) as agreed upon or using the child as the communicator between both parties. At the end of the day, the children too often become a “hostage” between two feuding parents. Neither party is usually innocent, trying to get back at the other through the child whether with intent or not.

Child support issues are also commonplace, sometimes separate and apart from the “hostage taking” scenarios but again somehow the child is once again distressed through these feuding parties. Usually the father, more often the “power of support,” is the one that is wielding control and power by being either being untimely with the agreed upon support payments schedule or not paying at all. What I find interesting and at the same time disturbing is that there are formulas that are created and in place based on both parents earnings and the Judge/Mediator sets the Custody Payment schedule based on all documented supporting facts. Ultimately it is the Parent’s obligation to pay the Child Support based on the agreed upon schedule with no excuses and nowadays more and more states are cracking down on those parents that are failing to meet these agreed upon obligations. Yes, there are extenuating circumstances such as when a parent gets laid off or is injured on the job, but they too have recourse through the judicial system to request some type of relief. Is it always fair? Of course not but is it fair that a child, an innocent party in this family feud, not receive all of the benefits that she/he once received when the parents and children were functioning and together as one complete unit? As a family owned business we’re grateful to be able to help those parents that are confronted with these custodial and child support issues, but we too can be  pained by these types of investigations that cross our desk on a daily basis.