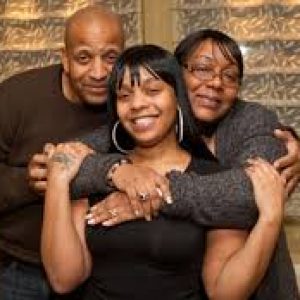 Some 36 years ago in the first year that I entered the Security and Investigations Industry, I was introduced to how to find the Birth Parent for a child that had been adopted some 40 years previously. This would have made our (client) Birth year about 1938. Can you imagine what the public record system was all about at that time or even the Hospital that the child was born in presuming that’s where the birth took place? I do not remember all the steps but I do know it took about 7 months to find one of the birth parents, which to me was a miracle in itself. But when we located the Birth Mother, she did not want to be contacted by her daughter that she had given up for adoption. I remember the excitement that ran through our office when we tracked down the mother but also remember the disappointment when the mother told us to communicate to the adopted daughter that she did not want any communication with her. The Investigative Team had completed our mission but there isn’t always a happy ending with these Adoption Investigations when attempting to reunite Birth Parents and Adopted Children.

So being able to do these Adoption Cases that pre-dated WW II was incredibly difficult when I first got into this business. The process at that time was very investigatory in nature unlike checking the Public Records system lets say in the last 20 years, which is much more accessible and mostly online especially in the last 10 years. That is not to say that all people can be found, especially when you’re dealing with closed adoption cases and when the principles do not want to be found or identified and the Investigators have no information to follow. So yes, doing Adoption searches can be less tedious because of the accessibility of our Public Records system today but when there is little or no information to begin with, then this takes an experienced Investigator to ask the right questions and create the proper roadmap to the Birth parents.

Recently our Agency had a case where the information was limited but we had a Hospital, an uncommon name of one of the parents and a country of where the Grandmother had immigrated from.  My daughter, who is fast becoming a master at the art of skip tracing, was able to find the Birthmother the first day we received the assignment and that’s where most of our Adoption Investigation cases usually end. Fortunately because of the relationship we were able to develop with the Adopted Child, she then requested we contact the Birth Mother on her behalf. We got in touch with the Birth Mother who was resistant and had another daughter with children who was not aware of her sister. This case is ongoing but after a second call we opened the door enough to put both parties together and an initial roadmap for communication and eventually meeting. Stay tuned!

With Adoption investigation cases as sated before [contact-form-7 404 "Not Found"] there are not always happy endings but having the ability to put people in the position of being able to communicate with each other if they so choose is very rewarding to our “Team of Specialists!” At another time we will discuss the “approach” when reaching out to the Birth Parent in order to entice them to speak to the Adopted Child. Regardless of the ultimate outcome, whether the Adopted Child and Parent(s) decide to reunite, there is no question that this is some of the most emotionally rewarding work that we do at Cavallo Investigations!