About the Author Chris Cavallo 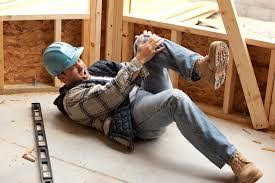 The National Insurance Crime Bureau estimates that workers’ compensation fraud costs exceed over $7.2 billion annually, therefore making it more mandatory for insurers to find creative and efficient ways of combating crime. Insurance experts advise that many warning signs give out a workers’ compensation claim as fraudulent. These may include reporting an injury claim on a Monday morning for an incident that occurred the previous week, contradictory accounts of how an injury happened when there are no witnesses, and a situation where an individual has a long history of claims.

There are several ways to verify claims, but surveillance ranks as one of the most effective methods of dealing with suspected fraudulent claims.

Surveillance can be defined as the monitoring of individuals, behavior, activities, or information primarily to influence, manage, or to take action in a particular situation. Surveillance Miami is a vital tool of a private investigator. While it may be a time-consuming and expensive process, it is very crucial in proving or disproving the legitimacy of an injury. It is often used to investigate workers’ compensation fraud.

Not every workers’ compensation case requires the use of surveillance Miami, but exceptional circumstances may necessitate the hiring of a private investigator to provide support. The following scenarios listed below may pass for requiring surveillance Miami support:

Recently, a Florida woman claimed she had been injured by a fire sprinkler head, which fell off the ceiling above her workstation; bounced over her desk and bumped into her head. Her employer then filed a workers’ compensation claim but the company’s insurer picked some holes in her story and passed the case file to Florida’s Division of Investigative and Forensic Services (DIFS).

DIFS agents obtained video footage from the company, which exposed the falsehood in the employee’s claim. Although the sprinkler head had fallen on the desk, it did not hit her head as she claimed. Rather, the lady picked up the broken head, checked to see that there was no one watching, and hit herself on the head with the object. She was arrested and charged with two counts of insurance fraud.

Advantages of Outsourcing Security Guard Services Vs. in House Security in Hotel Security

The Art of Surveillance

Read more
This template supports the sidebar's widgets. Add one or use Full Width layout.
Skip to toolbar